Continuing the success of the popular Katana series is the Boss Katana Air - the world's first wireless guitar amplifier. No longer are messy cable runs an issue at home or in the studio - simply tune up and play with great tone, ultra-low latency and reliability.

With full battery power support, you are no longer constrained by AC power supply with the Katana Air amp. Move anywhere, and play anytime!

With Katana-Air, you can wirelessly edit and organize sounds with a dedicated app and jam with songs streamed from your smartphone. With the innovative Katana-Air and your favorite axe, casual playing has never been more convenient and inspiring.

Five unique amp characters provide a wide range of tones, from sparkling clean to BOSSs custom high-gain Brown sound. Theres even an Acoustic character optimized for playing acoustic-electric guitar. The amp also provides integrated access to over 50 BOSS effects, including mod, delay, reverb effects optimized for the Katana-Airs stereo speaker system. And with six onboard memories, you can store and recall your favorite amp and effects setups at any time.

The Katana-Air features new low-latency digital wireless guitar technology developed by BOSS, providing transparent sound and ultra-quick response without any lag or dropouts. The included custom wireless transmitter plugs into any electric guitar, and has indicators for power and battery status. A convenient docking port in the amp charges the battery in the transmitter, providing up to 12 hours of total playing time per charge.

Compatible with both iOS and Android mobile devices, you can use Boss Katana Air with a dedicated BOSS Tone Studio app via Bluetooth. You get full control over the amps top panel controls wirelessly, so you can shape your tone without tweaking the amp directly. When using Boss Tone Studio, you also unlock access to exclusive effect types and routings as well as regular content updates from Boss Tone Central. Save your custom setups, patches and routings and keep your sound library organised all from one convenient app for mobile or tablet. 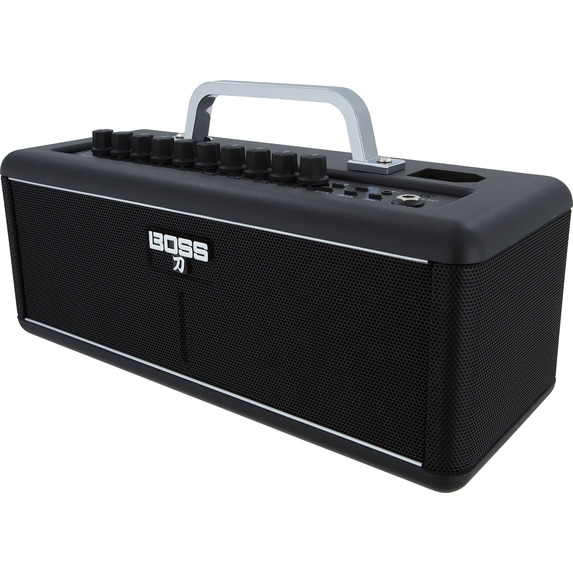 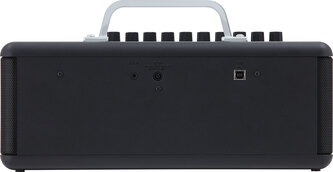 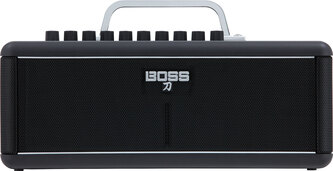 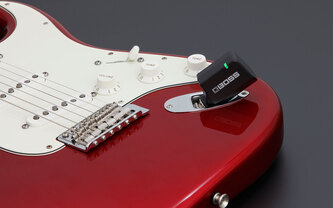