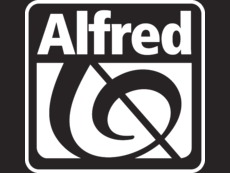 How Did Alfred Get Started?
Alfred Piantodosi, a composer and musician, founded Alfred Publishing Company in New York in 1922. His modest Tin Pan Alley pop song catalogue included such hits as "Waiting for the Robert E. Lee" and "Ragtime Cowboy Joe"- songs that still generate revenue for the company.
Sam Manus, a violinist who had provided background music for silent movies, bought the company in 1928. In 1950, Sam's son Morty, a clarinetist and pianist, and his wife Iris, began working for the company. Inspired by the need for quality music education products, Morty oversaw the development of an instructional series for accordion, followed by books for guitar and piano.

Alfred outgrew its New York headquarters in 1975 and moved its offices to Los Angeles and its warehouse to upstate New York. The 1990s saw expansion into the international market with branch offices in Australia, Asia, the U.K. and Germany. In 2005, Alfred Publishing acquired Warner Bros. Publications from the Warner Music Group.

As we enter our second century, Alfred continues embracing new technologies while adapting to market changes - all with a company-wide commitment to service. From "Ragtime Cowboy Joe" to the creation of the world's best-selling piano method and the production of interactive music software, Alfred steadily expands its sales through the dedication of our highly trained and talented staff throughout the world.
Alfred Publishing is headquartered in Van Nuys, CA and also has offices in Miami, New York, Cologne, London, Singapore and Sydney.

About AlfredUK
Formed in 1994 and operating from premises near Birmingham, Alfred UK worked with local music dealers and teachers to develop sales and marketing platforms for the promotion of Alfred products throughout the UK. A series of successful promotional workshop tours by leading Alfred authors including Amanda Vick Lethco, Jane Magrath, Nancy Bachus, John O'Reilly and Carol Matz, saw sales of Alfred music in the UK rise consistently year-on-year.

From 1999, the release of the Accent On Achievement band method and the rise in prominence of the International Guitar Workshop publications expanded the range and depth of Alfred's catalogue and we were able to introduce more teachers and dealers to the music of Alfred.

In 2001 Alfred UK moved from Birmingham and teamed up with FMD (Faber Music Distribution) at their distribution centre in Harlow. This led to a sharp growth in sales activity with an expansion of Alfred UK's activities into Scandinavia and other European territories.