KNOCK ON THE SKY & LISTEN TO THE SOUND

Having carved a unique career path as a multi-instrumentalist, composer, and singer-songwriter, Dhani Harrisons versatility onstage and behind the scenes has led him to collaborations with a range of artists as varied as Wu-Tang Clan to Jeff Lynne. Harrison grew up playing the ukulele, which soon became an integral tool in his songwriting. Now hes partnered with Fender to launch the Dhani Harrison Signature Ukulele. The model is available in two different finishes, each with its own unique fretboard inlays and engraved designs on the back of the instrument, all which hold personal significance to Harrison. The Dhani Harrison Signature Ukulele is designed for live performance, both are tenor-sized and feature a solid ovangkol top with ovangkol back and sides as well as a ¾ depth, upgraded Fender electronics, distinctive build and eye-catching aesthetics that will challenge you to expand your musical horizons.

Designed by Fender, the preamp features separate volume and tone controls, as well as a built-in tuner.

This tenor ukulele features a ¾ body depth, which gives it unique tonal characteristics.

Chosen by Dhani, his signature ukuleles unique aesthetics include symbols that personally inspire him. 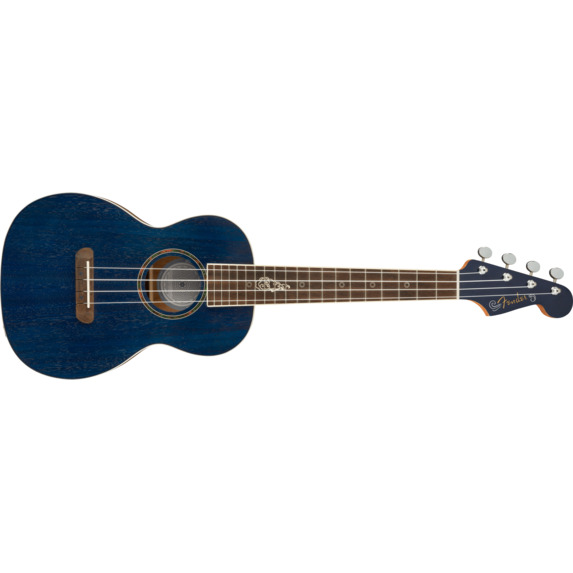 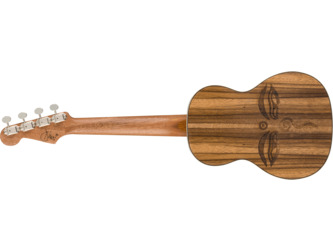 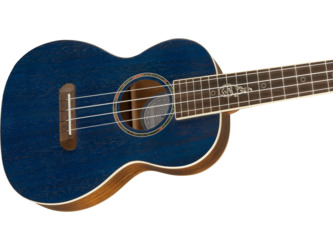 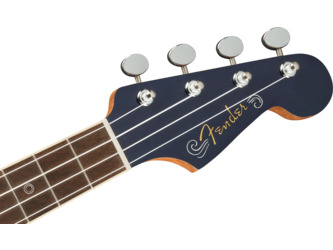 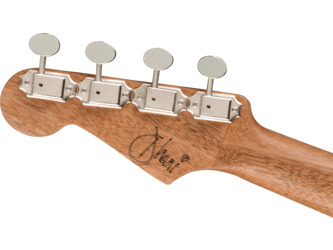 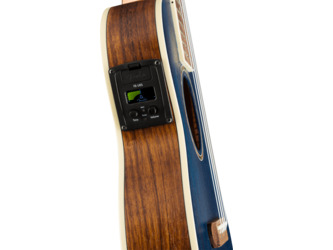