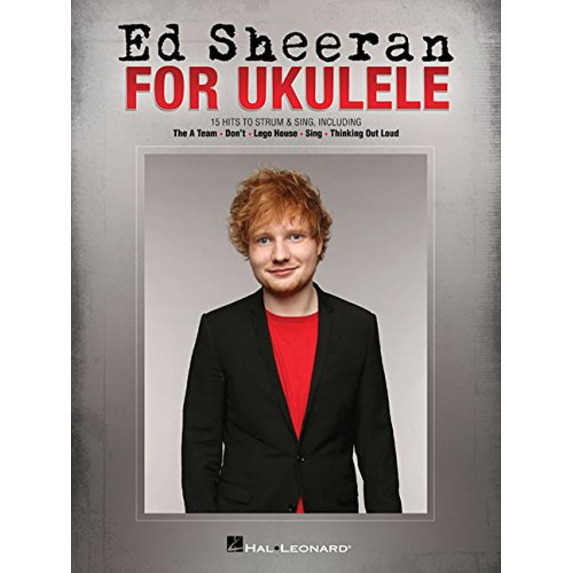 English singer-songwriter Ed Sheeran first gained recognition in 2011, when his EP 'No 5. Collaborations Project' caught the attention of Elton John and Jamie Foxx.

His debut album '+' was released in 2011 and featured the hit singles Lego House and The A Team, which won an Ivor Novello Award for Best Song Musically and Lyrically. '+' enjoyed great success, with sales of over 102,000 copies within a week of its release.

In 2012 Sheeran gained two Brit awards - for Best British Male Solo Artist and Best Breakthrough Act.His second album, X, was released in 2014 and was well-received, reaching no.1 in both the UK and US album charts.

This collection for the Ukulele contains 15 of Ed Sheeran's hottest hits in accessible arrangements to strum and sing.