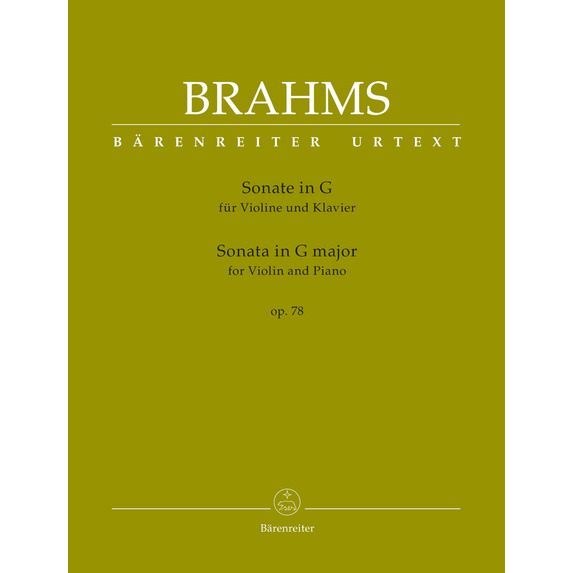 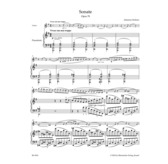 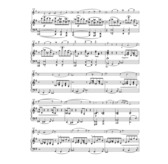 Johannes Brahms:
The Works for one Instrument and Piano

Johannes Brahms' compositions for one instrument and piano have been standards in chamber music literature ever since their inception. These works were written with specific performers in mind and Brahms worked closely with them when refining the final texts. Nevertheless, we rarely approach the music taking into consideration the possibilities of the instruments for which Brahms wrote or the performing practices of the individual players who first performed these compositions, including Brahms himself.

Bärenreiter's pioneering new scholarly-critical editions of Brahms' works for one instrument and piano are edited by a team of musicologists who are also performers. They offer today's musicians not just a reliable musical text based on all known sources, but also a comprehensive approach to the works, which aims to place them in their historical context and to elucidate the complex of meanings that the composer wished his notation to convey to performers.

In addition to the musical text these editions offer an informative Introduction laying out the genesis, publication history and reception of the works. At the same time there is a complete list of the sources, an explanation of the editorial procedures and a Critical Commentary. Also, each volume contains a detailed discussion of specific performing practice issues raised by individual works.

An integral part of Bärenreiter's Brahms publication complex is a text booklet which approaches general performance practice issues of the 19th century with regard to e.g. tempo, rubato, rhythmic flexibility and articulation. Furthermore musicians will find valuable information concerning vibrato, portamento and bowing. Last but not least characteristics of Brahms' own piano playing as well as that of his circle and contemporaries are discussed.

The violin and viola sonata editions come not only with an Urtext part freed from all editorial emendations, but also with an additional part including fingering and bowing based on the practices of Joseph Joachim and his colleagues. These markings especially draw on publications of the sonatas edited by Joachim's pupils Leopold Auer and Ossip Schnirlin as well as those by Brahms' associate Franz Kneisel. A similar approach has been used for the violoncello sonatas, drawing on performance markings by Robert Hausmann (for whom Brahms wrote the Sonata in F major), Hugo Becker, with whom Brahms performed it, and Julius Klengel who was also close to his circle.

Bärenreiter's new Brahms complex also importantly brings two neglected works back into the player's hands, namely the splendid versions of the op. 120 sonatas, originally written for viola or clarinet and piano. Brahms' arrangements for violin and piano unaccountably disappeared from the standard repertoire early in the 20th century. In these versions Brahms did not simply adjust the solo part for the violin, he made many alterations to the piano part, casting thought-provoking light on the clarinet and viola versions.

• A pioneering set of Urtext editions