Meet the RC-600, the most advanced looper on the planet. Loaded with evolved features and customizable functions, this next-generation Loop Station ushers in a new era of creative power for guitarists, singer/songwriters, multi-instrumentalists, and other looping musicians. Capture multiple mics and instruments with six stereo tracks and premium 32-bit sound, and take full command with nine freely assignable foot switches and deep external control support. And thats just the startyou can also colour loops with a massive FX selection, groove with onboard rhythms, route audio as you like to the three stereo outputs, integrate with computer software via USB, and much more.

The Next Frontier in Floor-Based Looping

With the immense capabilities of the RC-600 at your feet, you can realise complex and sophisticated loop performances like never before. Use the six tracks in series or parallel for different musical structures, and build crystal-clear layers with the next-generation audio engine. Process sounds before and after capture with a huge range of FX, including time-based FX that automatically sync with loops and the built-in rhythms. Tap into unprecedented control with nine foot switches and the ability to instantly recall different assignments with three pedal modes. And if thats not enough, you can go even further with the RC-600s rich external control options.

The RC-600 is highly customizable, allowing you to configure the looper to perfectly suit your personal workflow. The foot switches and pedal modes feature a multitude of assignable CTL parameters that include track operations, FX and rhythm functions, tap tempo, and more. In some cases, you can use a single foot switch to trigger different functions with a press, hold, or double-click. Two control jacks are available for external foot switches or expression pedals, and each has its own dedicated set of parameters. There's also an Assign function to set up 16 different controls for hardware and MIDI operation. And with seven top-level screen variations, you can get real-time feedback on a variety of current operations.

With 49 Input FX and 53 Track FX to choose from, your RC-600 performances will always be evocative and exciting. Theres a world of sonic colours on tap, including versatile effects from the vast BOSS library, a guitar-to-bass simulator, and a wide range of powerful vocal FX. The Track FX also include cool DJ-style effects like Beat Scatter, Vinyl Flick, and others. Up to four Input FX and Track FX can be used at once, and you can store banks of four in each section for quick recall, along with toggle or momentary button settings for each type.

Packed with versatile connectivity, the RC-600 is ready for any loop performance style. You have two XLR mic inputs plus two mono/stereo input pairs for guitars, keyboards, drum machines, and various audio devices, along with an input mixer with two mic compressors and dedicated channel EQs. Three stereo output pairs, a headphones output, and an output mixer are also available, complete with assignable routing options and master reverb and compressor effects. Its even possible to use the audio I/O to patch in external effects to process one or more loops. And via USB, you can integrate with computer DAWs and use BOSS Tone Studio to import and export WAV loops.

The RC-600 features a wide selection of organic rhythms with dynamic real-time functionality. There are over 200 patterns in styles ranging from rock, pop, and acoustic to Latin, jazz, and electronica, and each includes four variations to keeps things interesting. Intros and endings are also available if you want them, plus automatic fills to transition between sections. Cant find what you need? Then import your own SMF rhythms over USB with the dedicated RC Rhythm Converter software. And with 16 different kits, you can groove with everything from light percussion and brush tones to heavy rock and electronic dance sounds.

The RC-600 also offers many new creative details inspired by longtime Loop Station users. Three different overdub modes are availableincluding one that lets you replace the current sound in a loop track while its playingplus a new Bounce In function for capturing multiple tracks into one. Undo/redo has also been enhanced with Mark Back, which lets you instantly jump back to a previous loop state that youve flagged. Half and double speed options are also on hand, along with the ability to adjust the overall playback speed with or without pitch change. Additionally, its now possible to assign the Auto Rec function to a foot switch for quick activation whenever you need it. 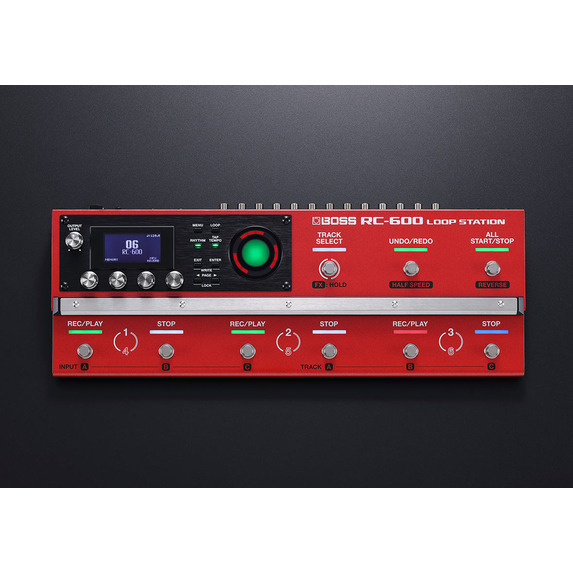 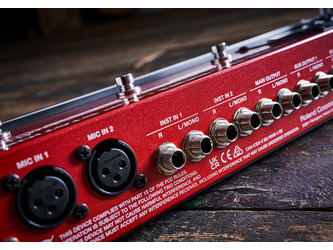 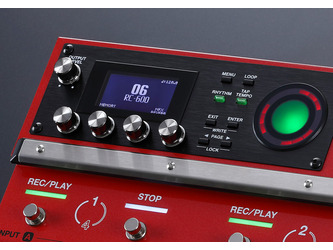 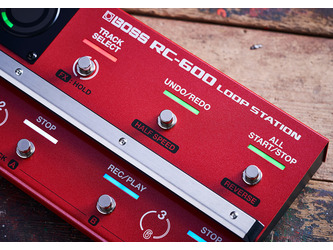 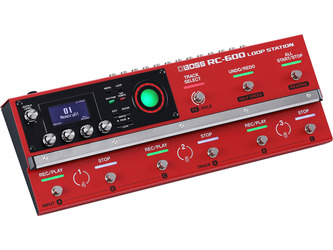 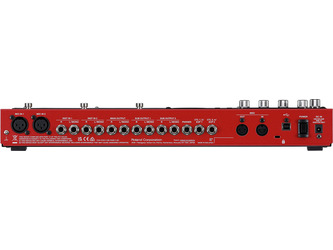